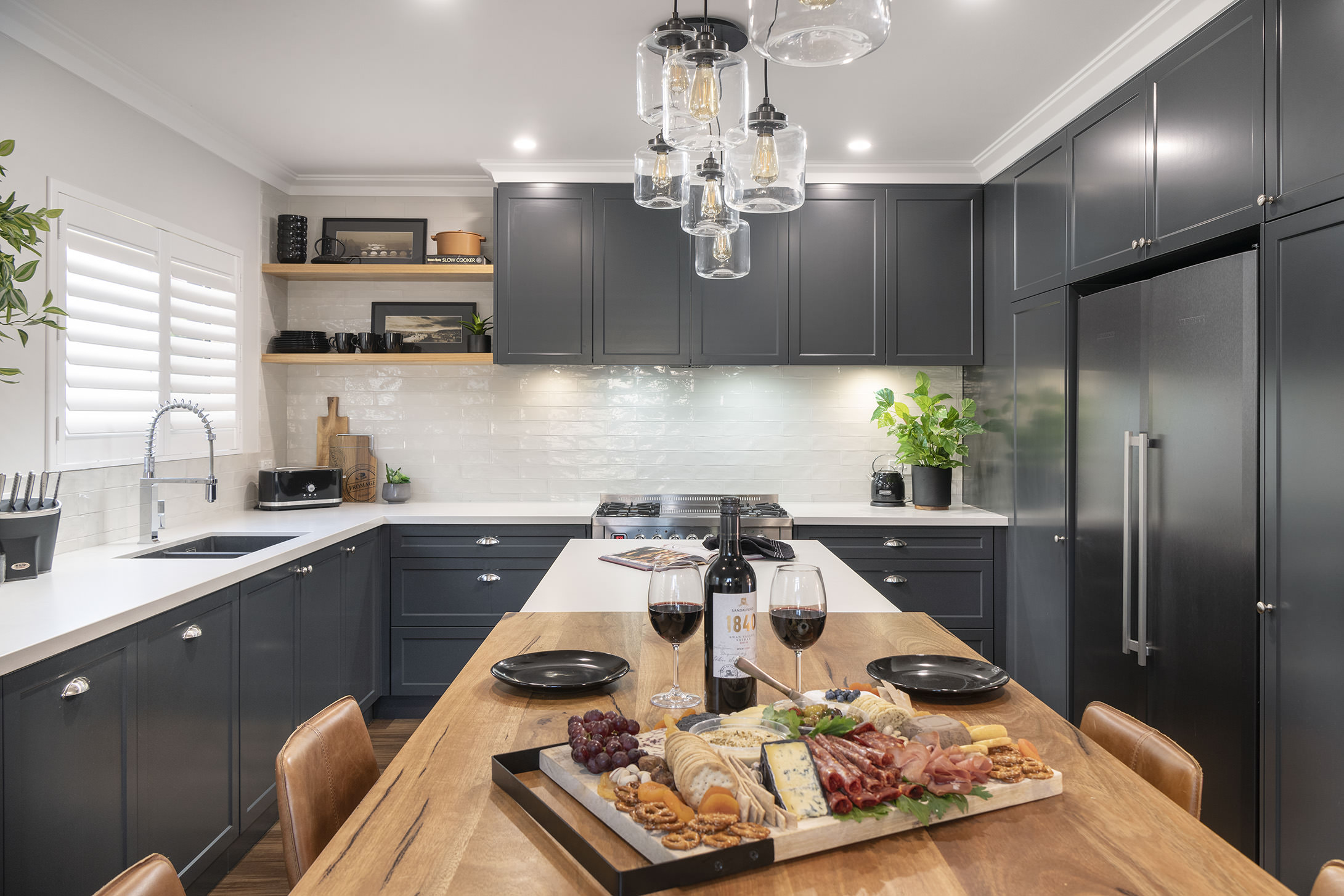 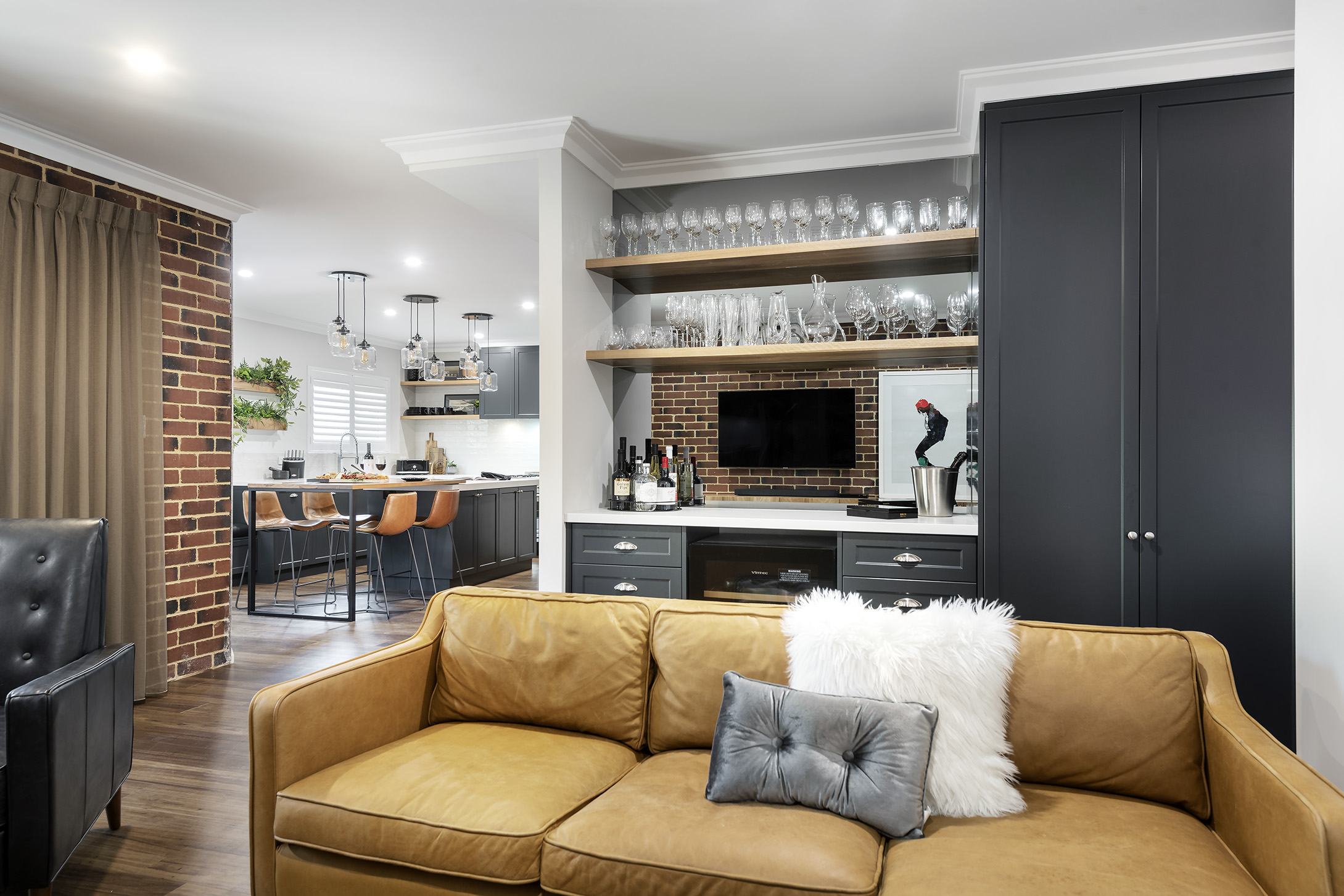 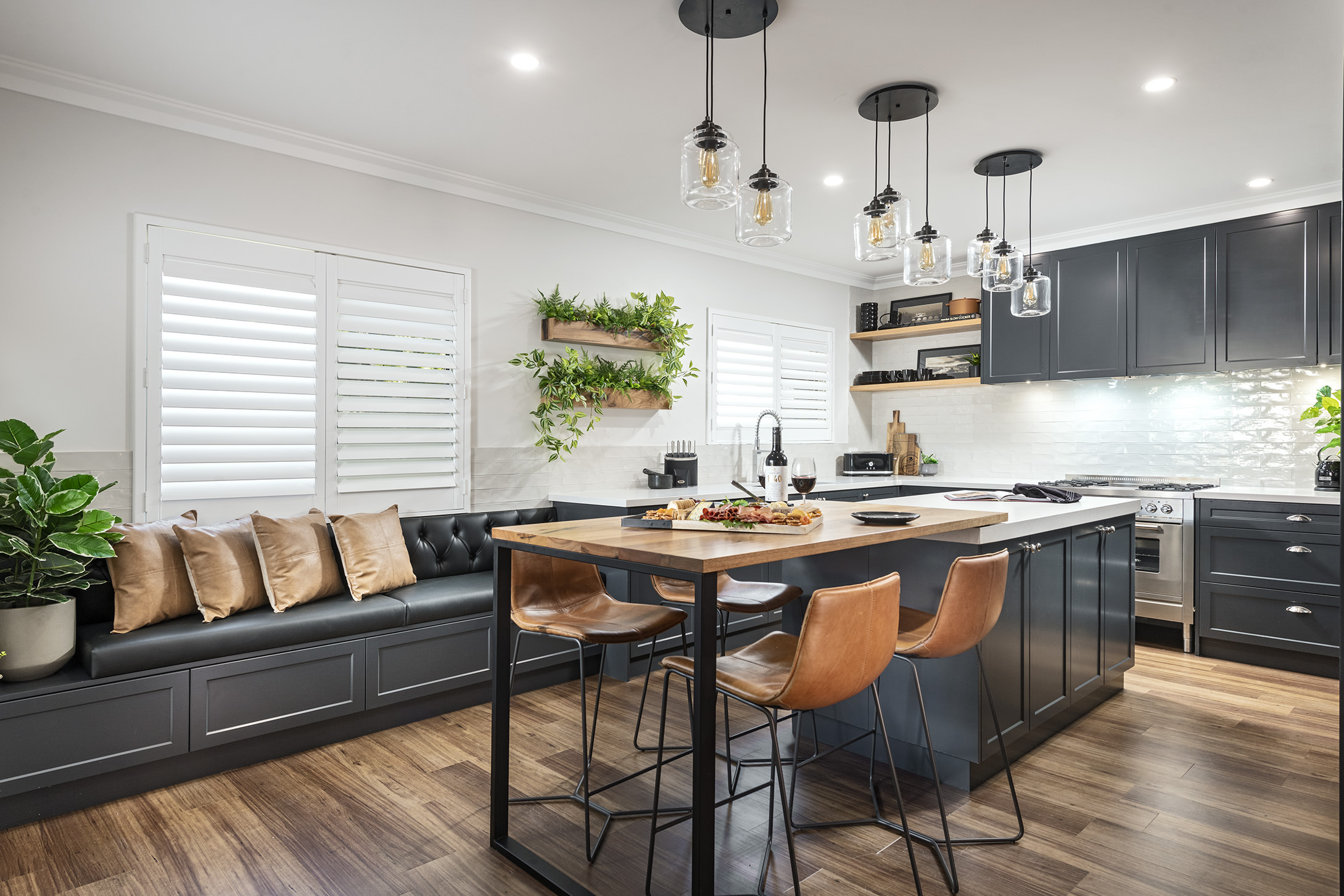 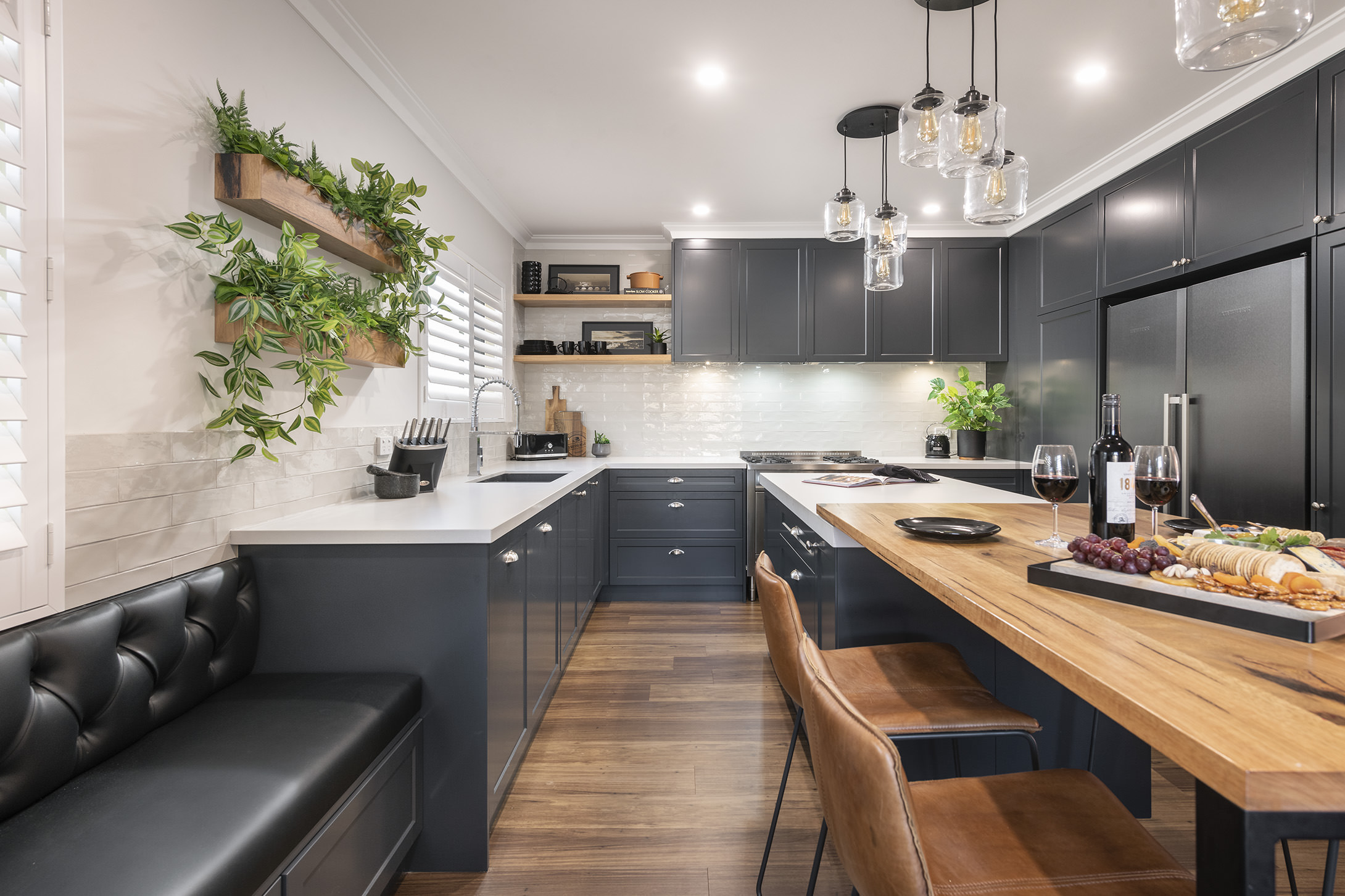 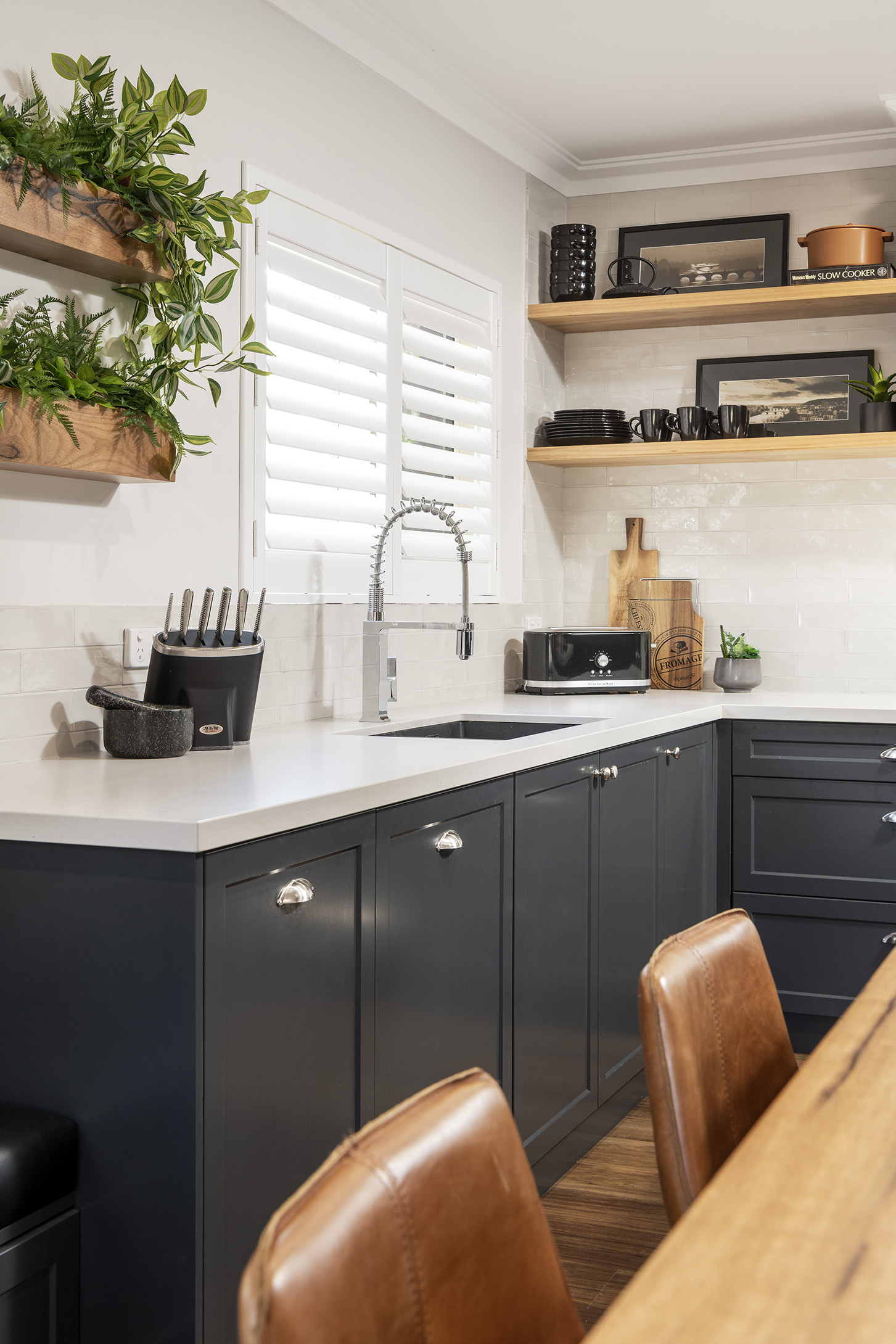 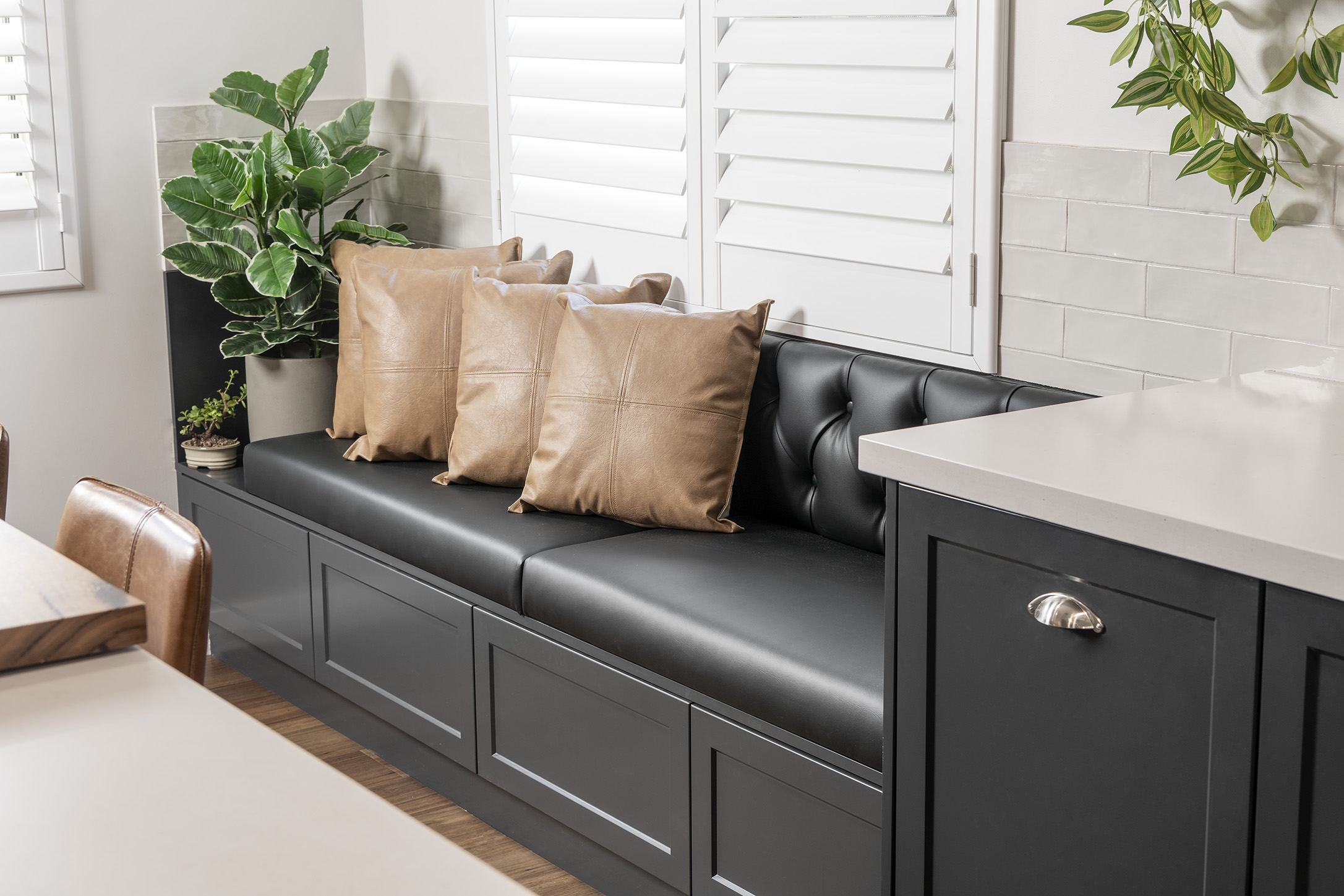 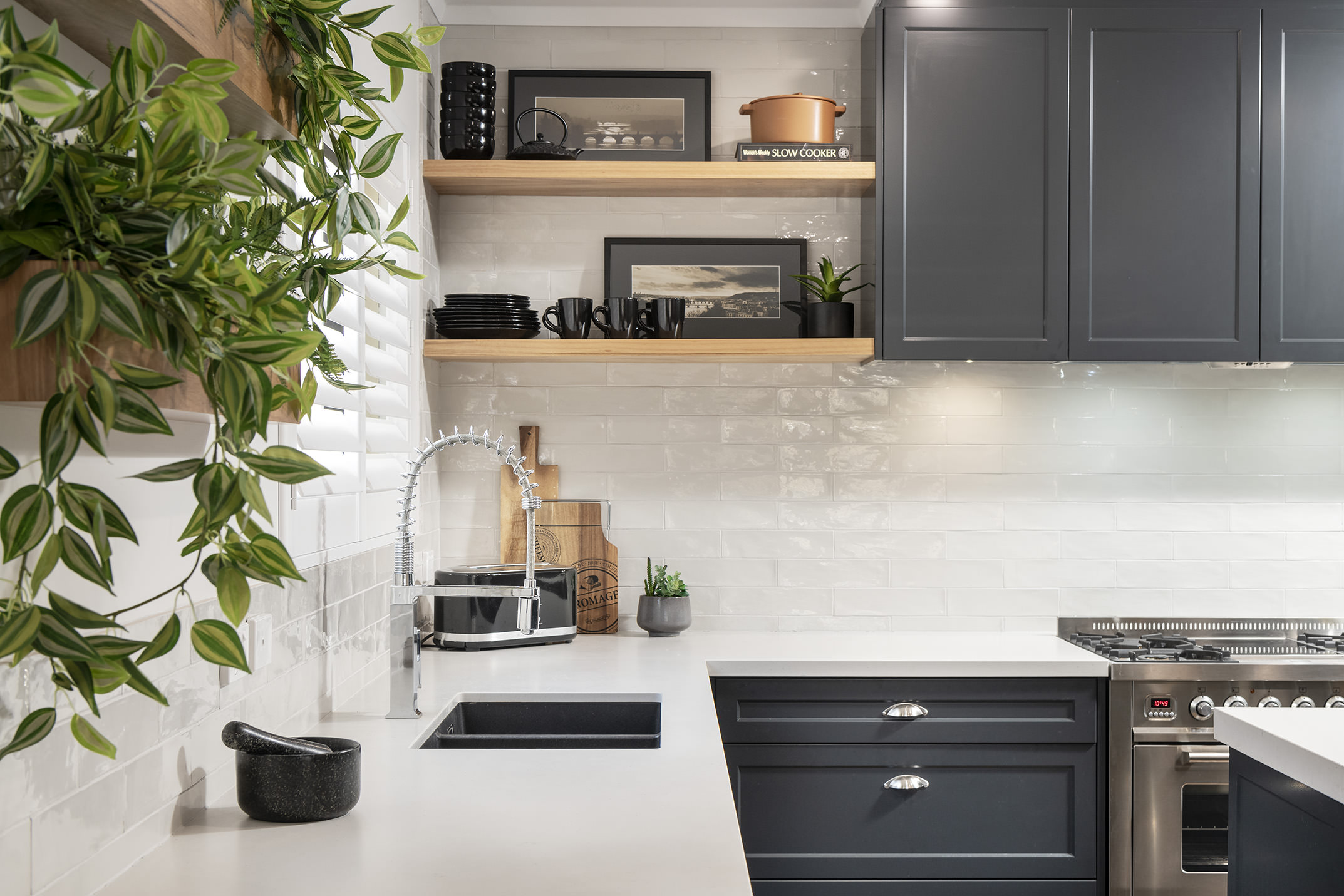 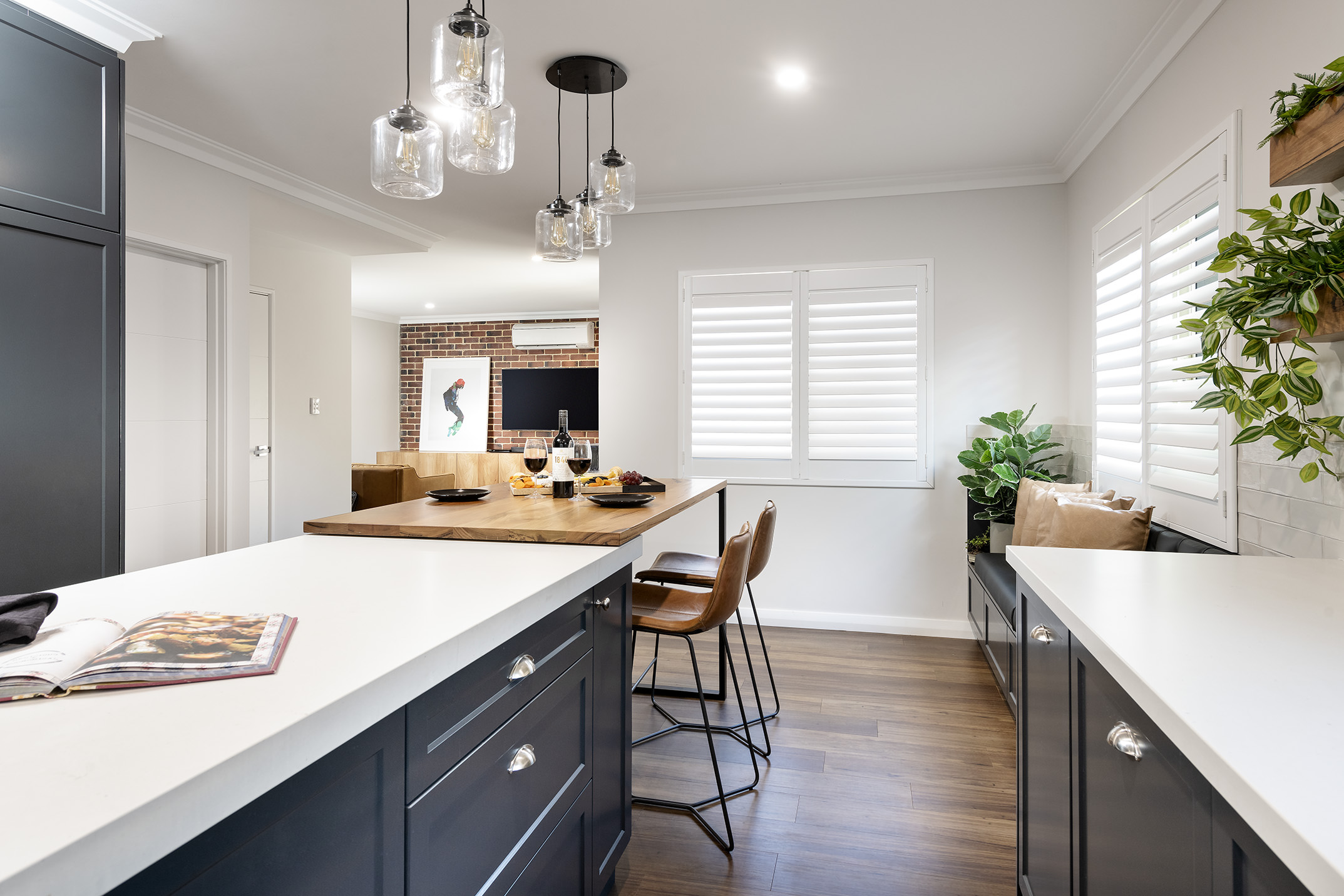 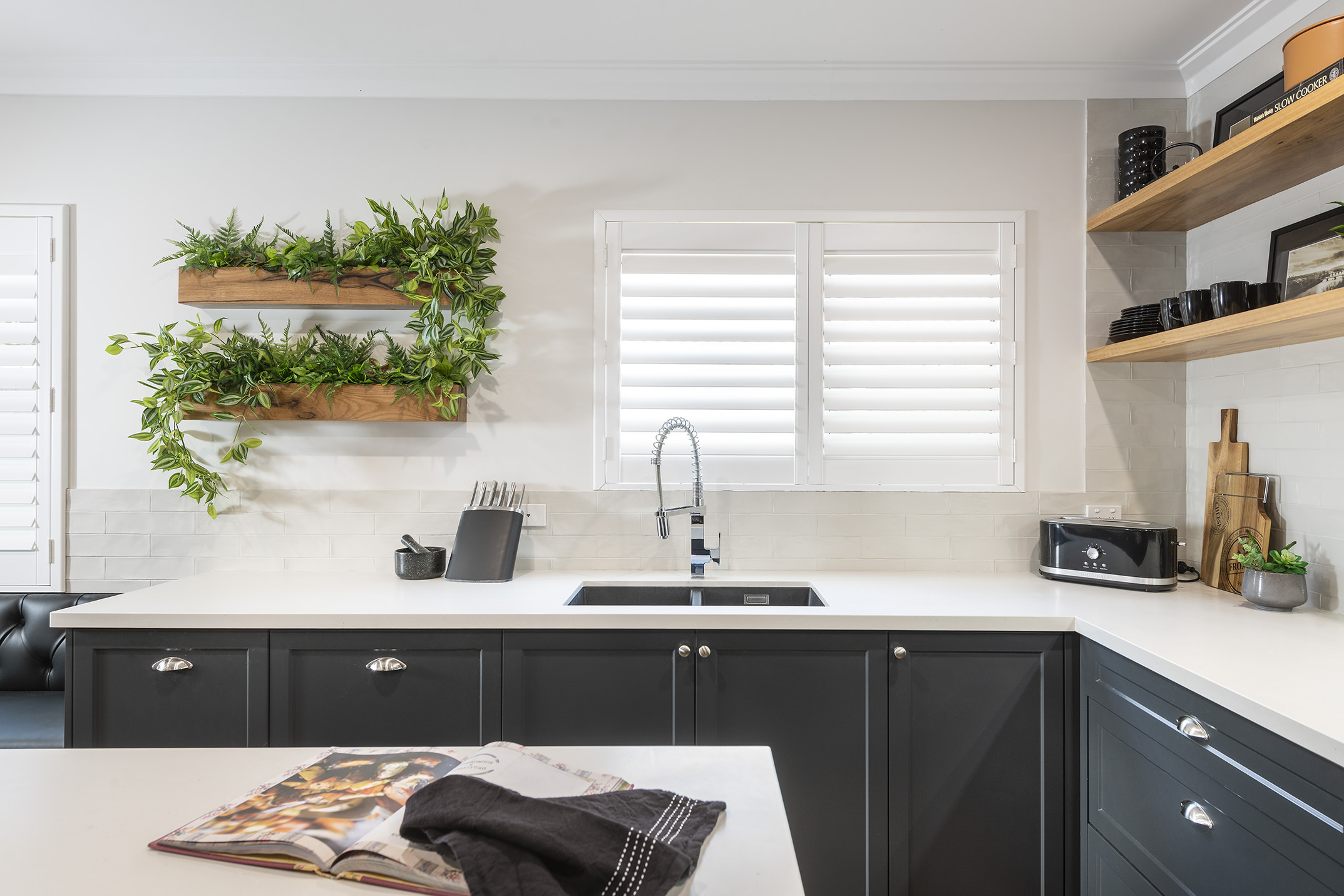 Basically this client was after an industrial styled kitchen that satisfied her love of entertaining. The large freestanding cooker required a powerful extractor fan, which was silent and along concealed to ensure the look of the kitchen was cohesive to the rest of the home.

This project was a new build, and you will note the kitchen window and window seat window are at different heights as the initial builder design was very different to the finished outcome, being a “u” shape design and a smaller dining space at the front. I changed the layout to suit the clients needs but also to modernise the space and incorporate the traditional dining table as part of the kitchen island bench. This allowed for a much larger kitchen to be created and the use of the entire kitchen and dining areas to combine as one. I added the window seat for a place for guests to relax and sit while talking to the cook, but also help in connecting the spaces. The chesterfield styled leather upholstery was a wee quirk added to had a touch of class but also finality in its leather finish.

Placing the cooker central to back elevation allowed for valuable bench space to be positioned either side making this kitchen a dream to work in. Food storage items such as the fridge and pantry were placed to the RHS elevation so that one could access them without interfering with the “production line/ process of the cook between the island bench (prep), cooker (cook) and sink (cleaning). The Schweigen rangehood is truly a gem in this instance as it not only in concealed neatly away, being a silent motor, it allows for it to be turned on full blast and the entertaining chef can still communicate with their guests.

Hamptons meet contemporary design in this wonderful build by Fergus Builders - Mackay. Created with entertaining in mind, this space flows seamlessly from the kitchen to the outdoor alfresco area, making use of Queensland's beautiful weather and sunshine.

Located in the Canberra suburb of old Deakin, this established home was originally built in 1951 by Keith Murdoch to house journalists of the Herald Sun and Weekly Times. ⁣

Intelligently integrated within the island bulkhead is Australia's number one selling silent rangehood, UM1170-9S. A clever way to move the cooktop from the splashback to enjoy the rest of the home.
All Galleries

Perfectly designed for discreet mounting inside cabinetry. The popular UM1170-9S fits perfectly into 300mm deep cabinetry and is ideal for kitchens where space is limited, or where the range hood needs to be out of sight.

Find a Schweigen Home Appliance stockist near you.