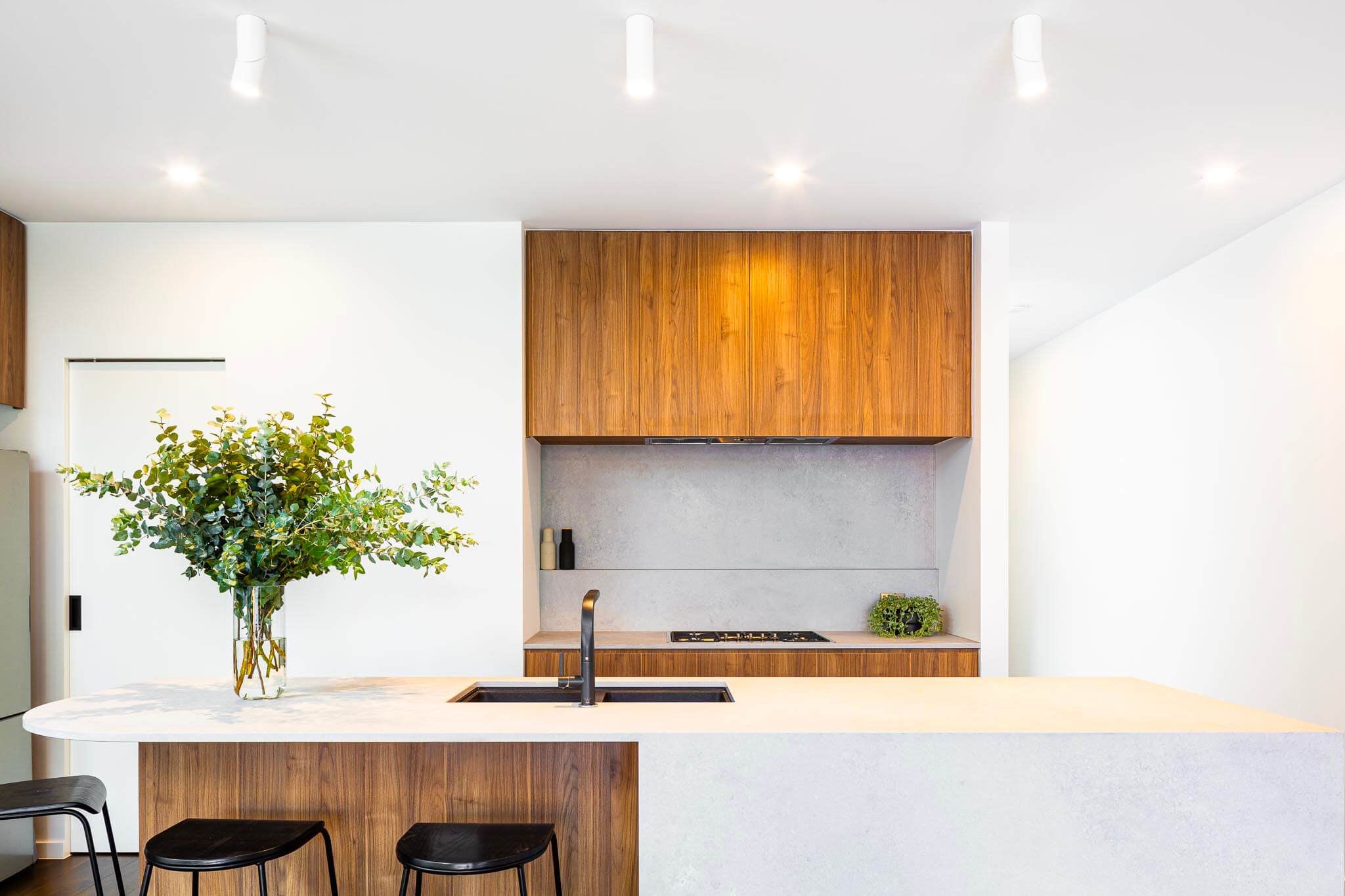 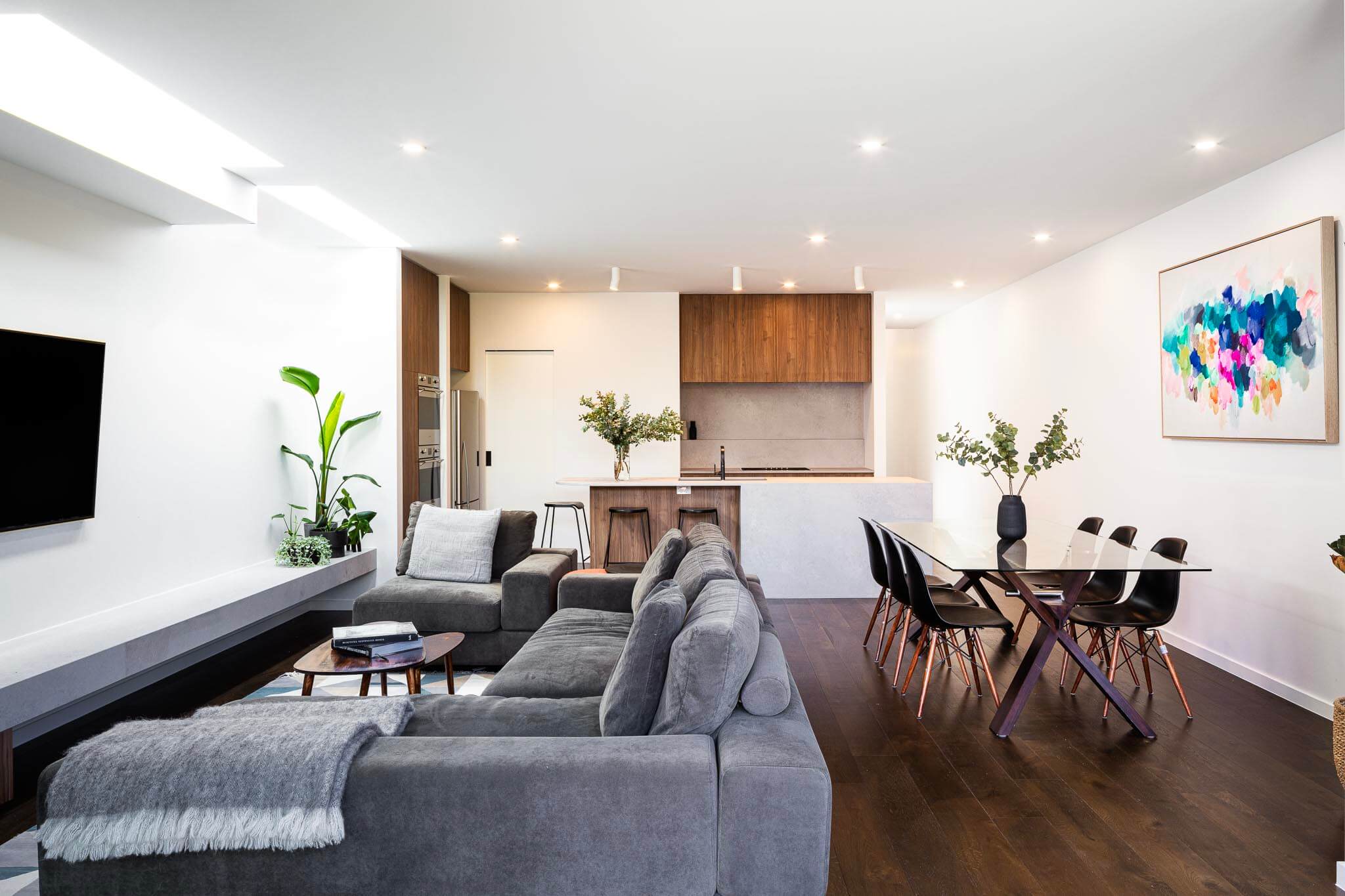 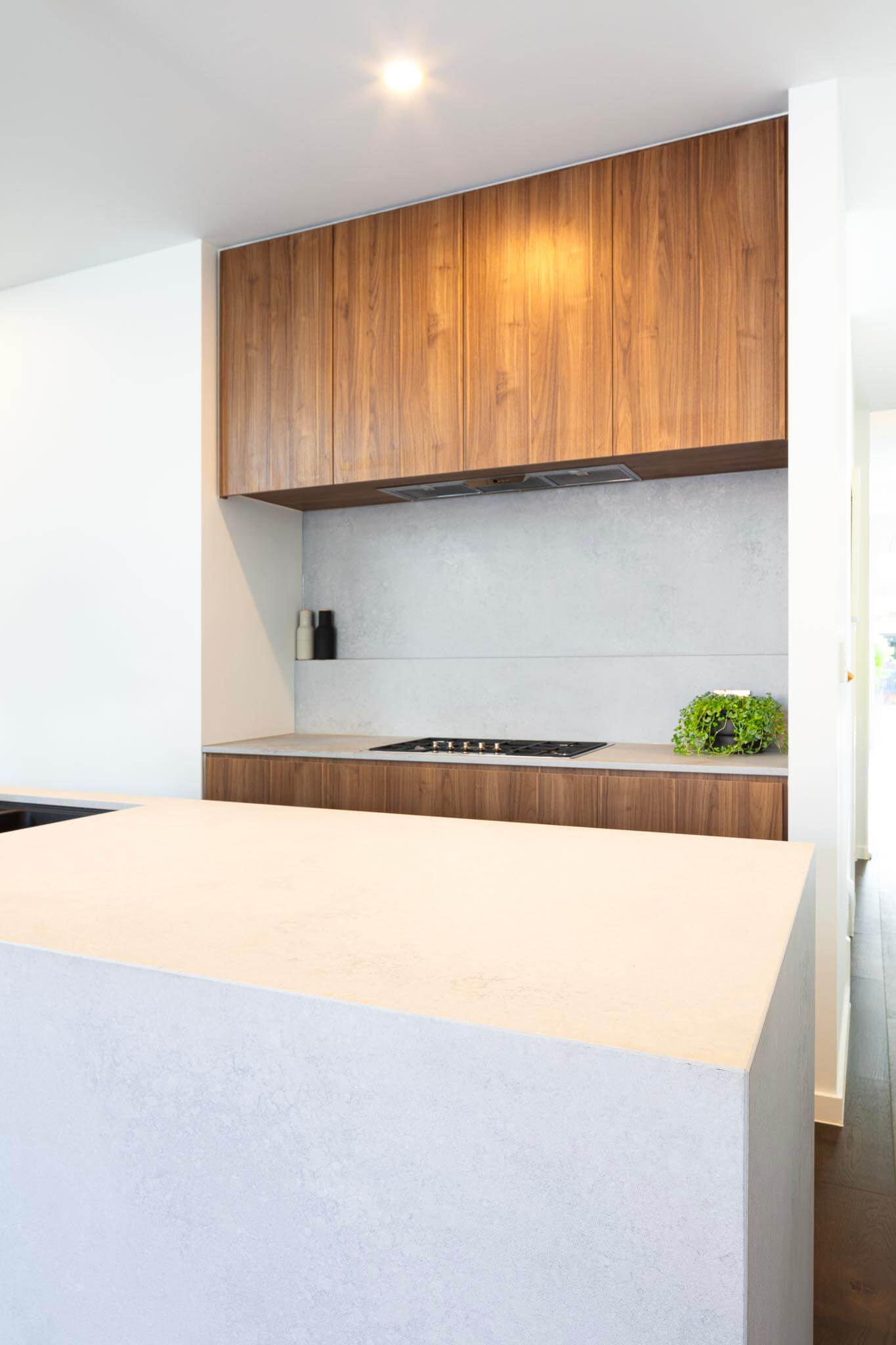 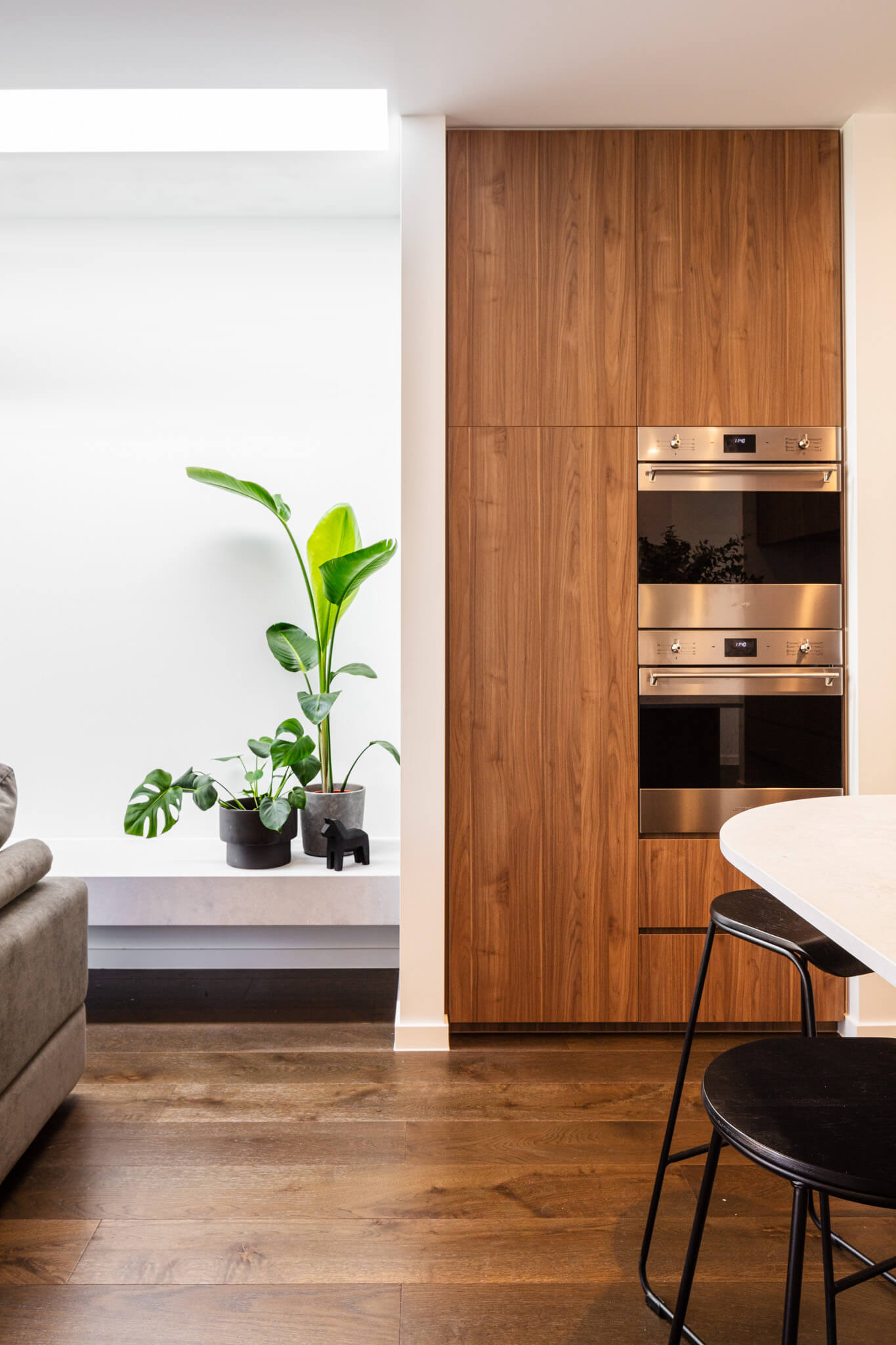 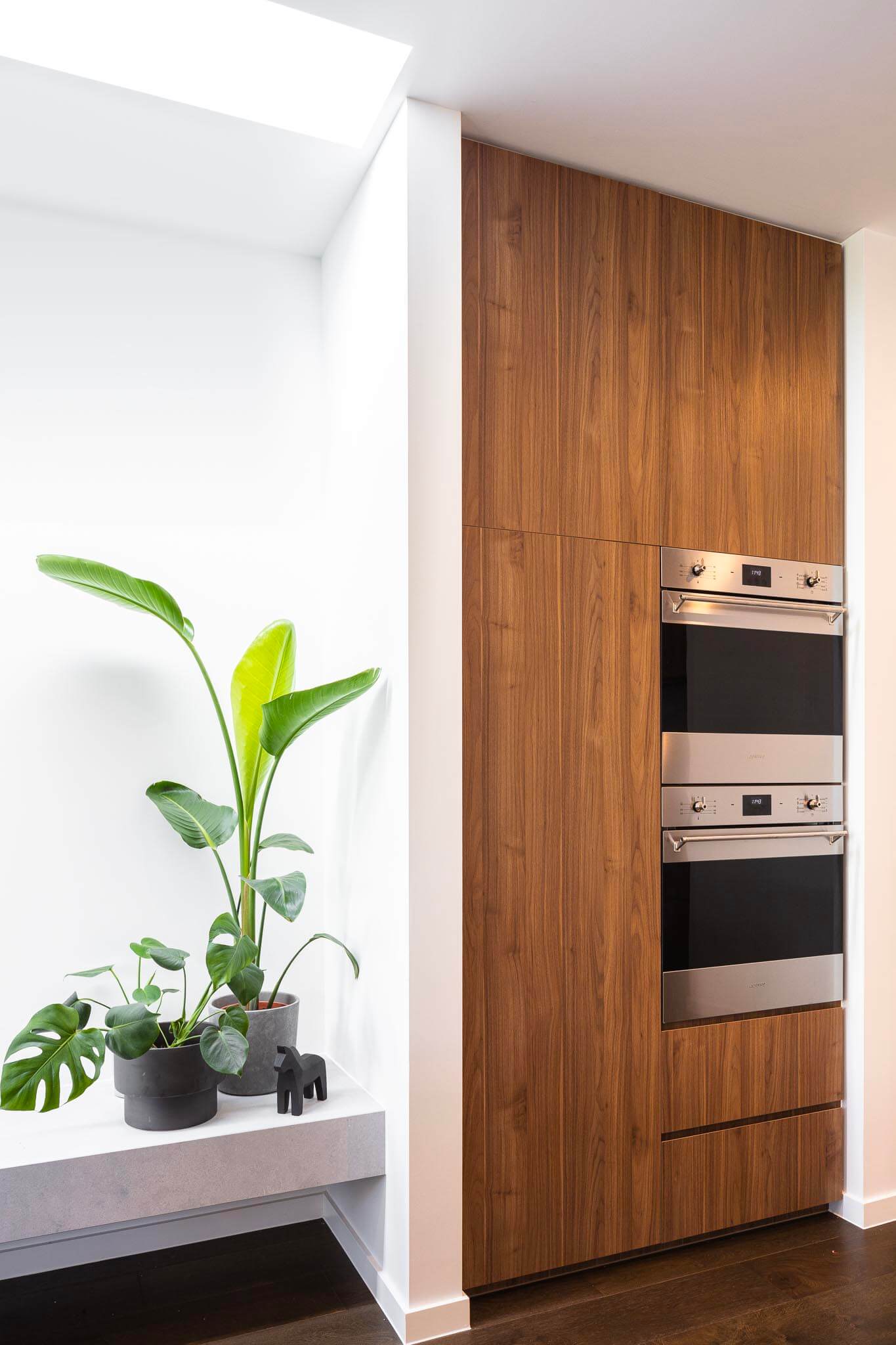 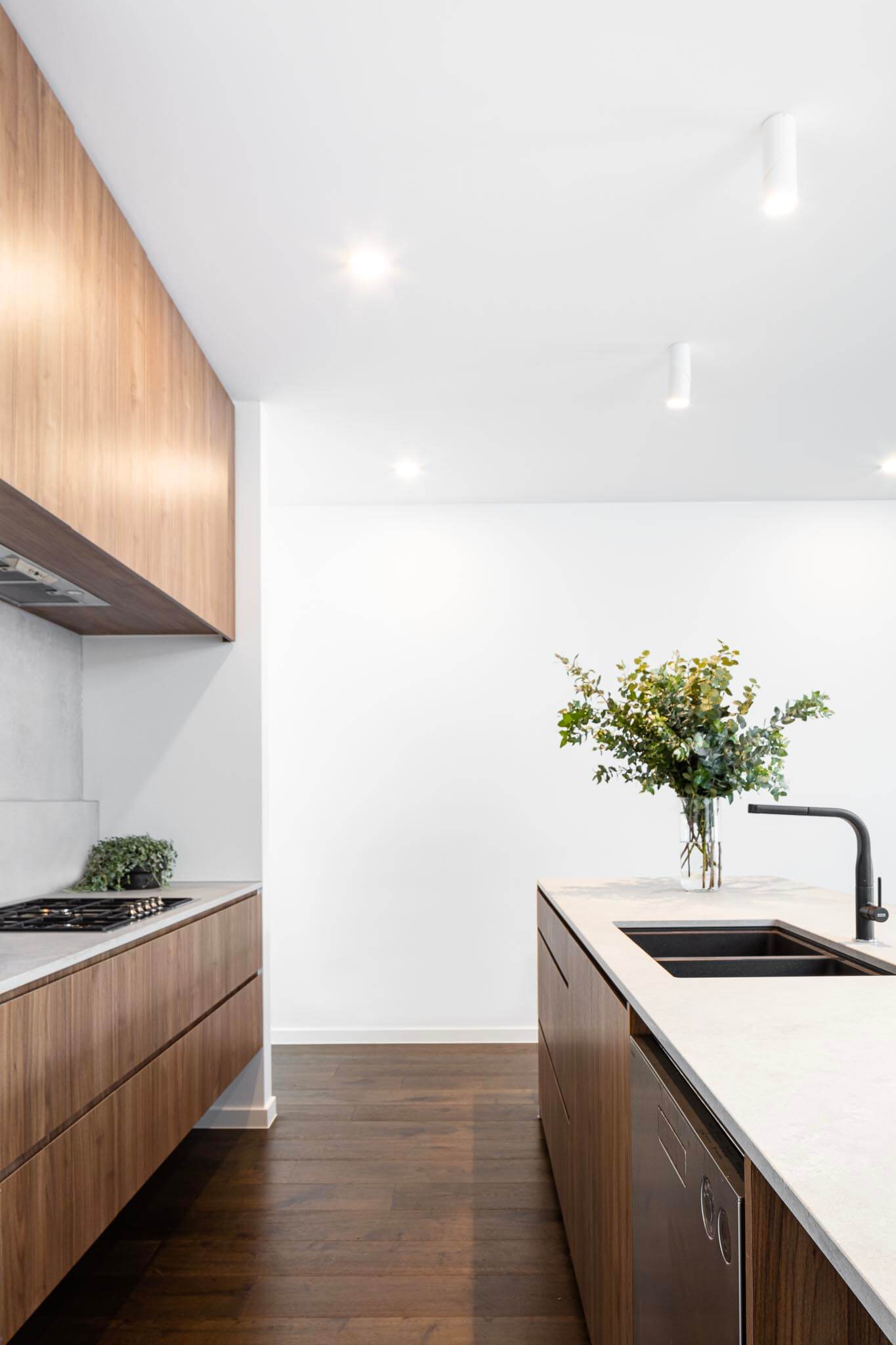 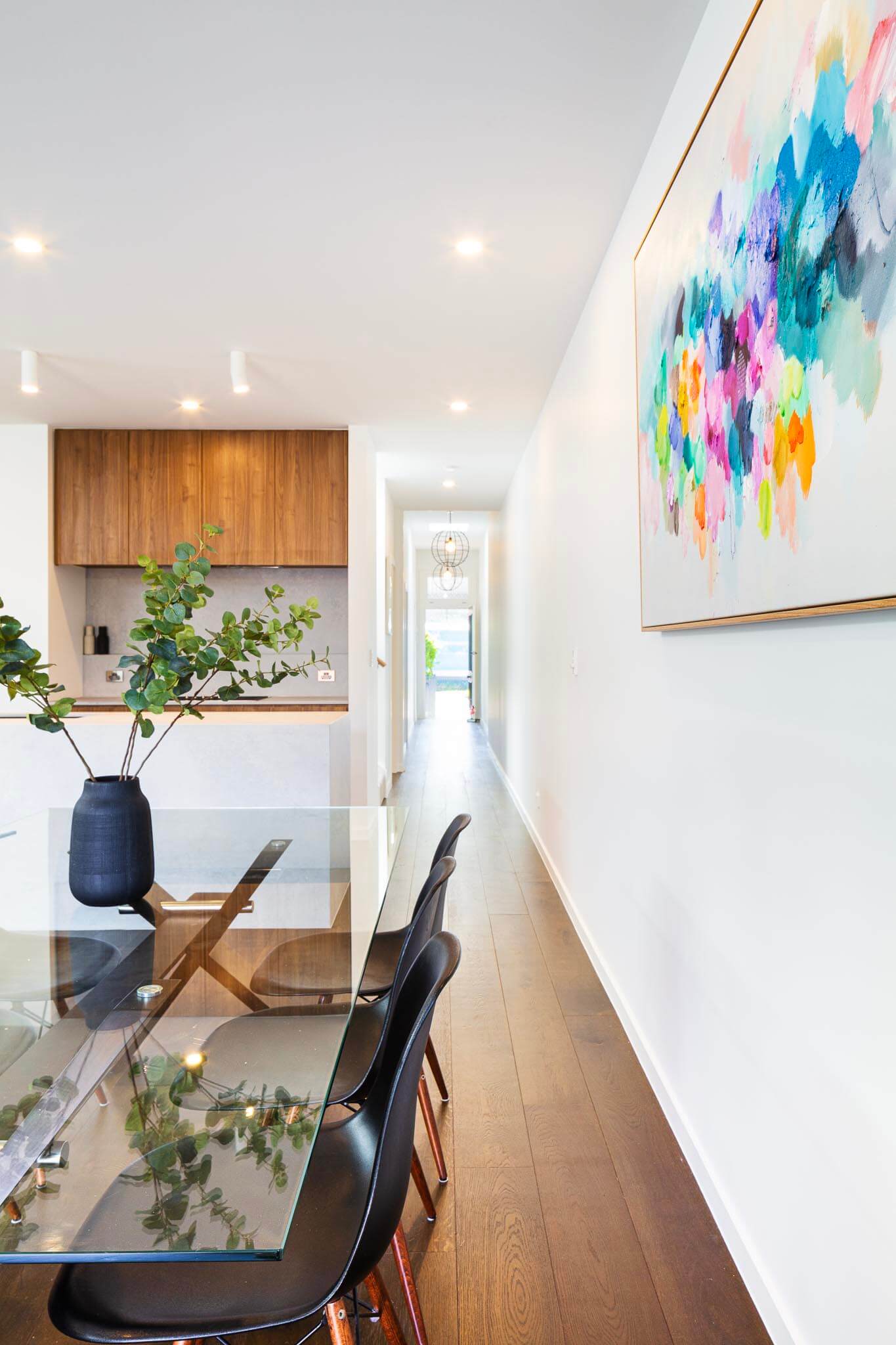 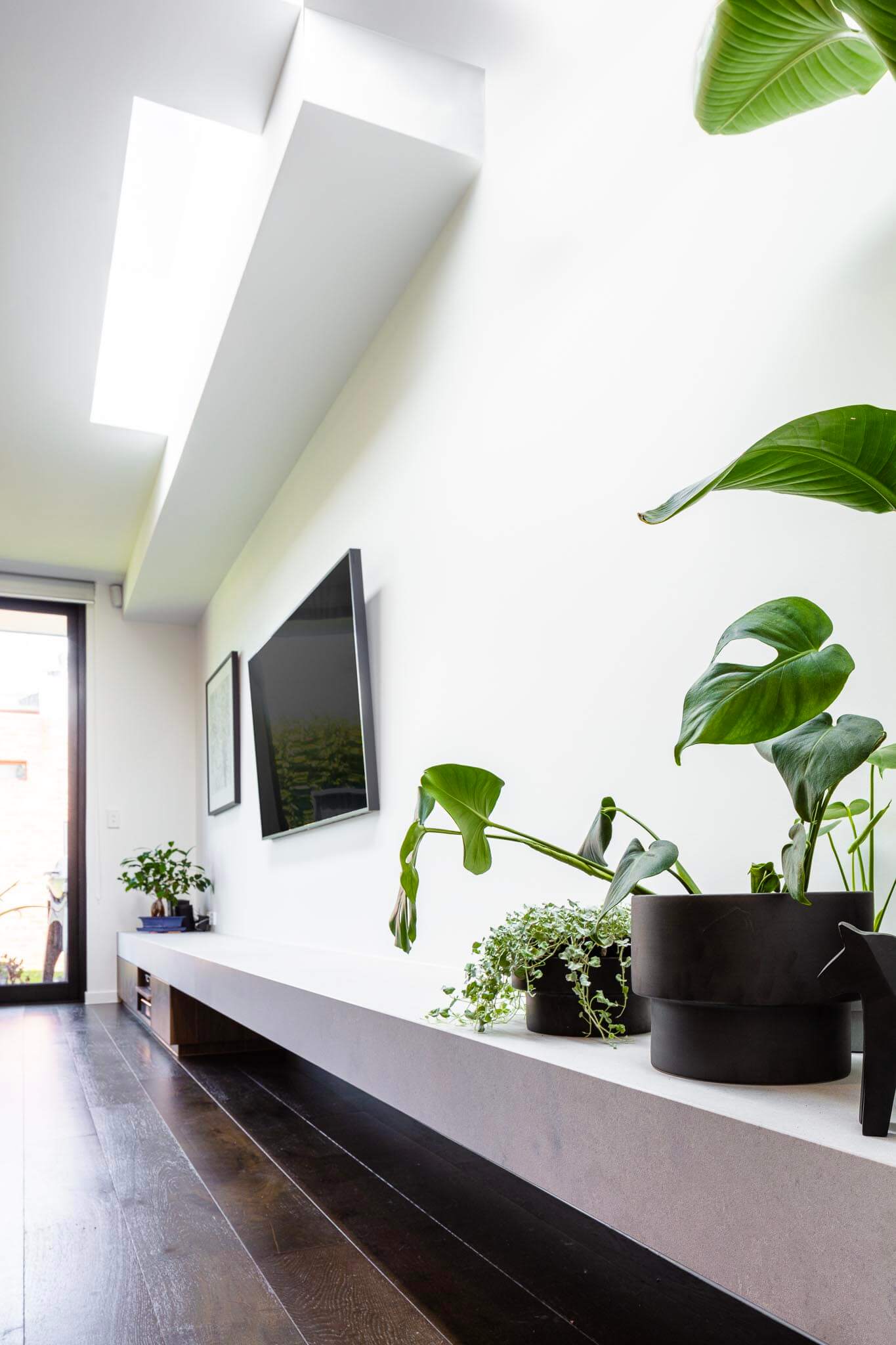 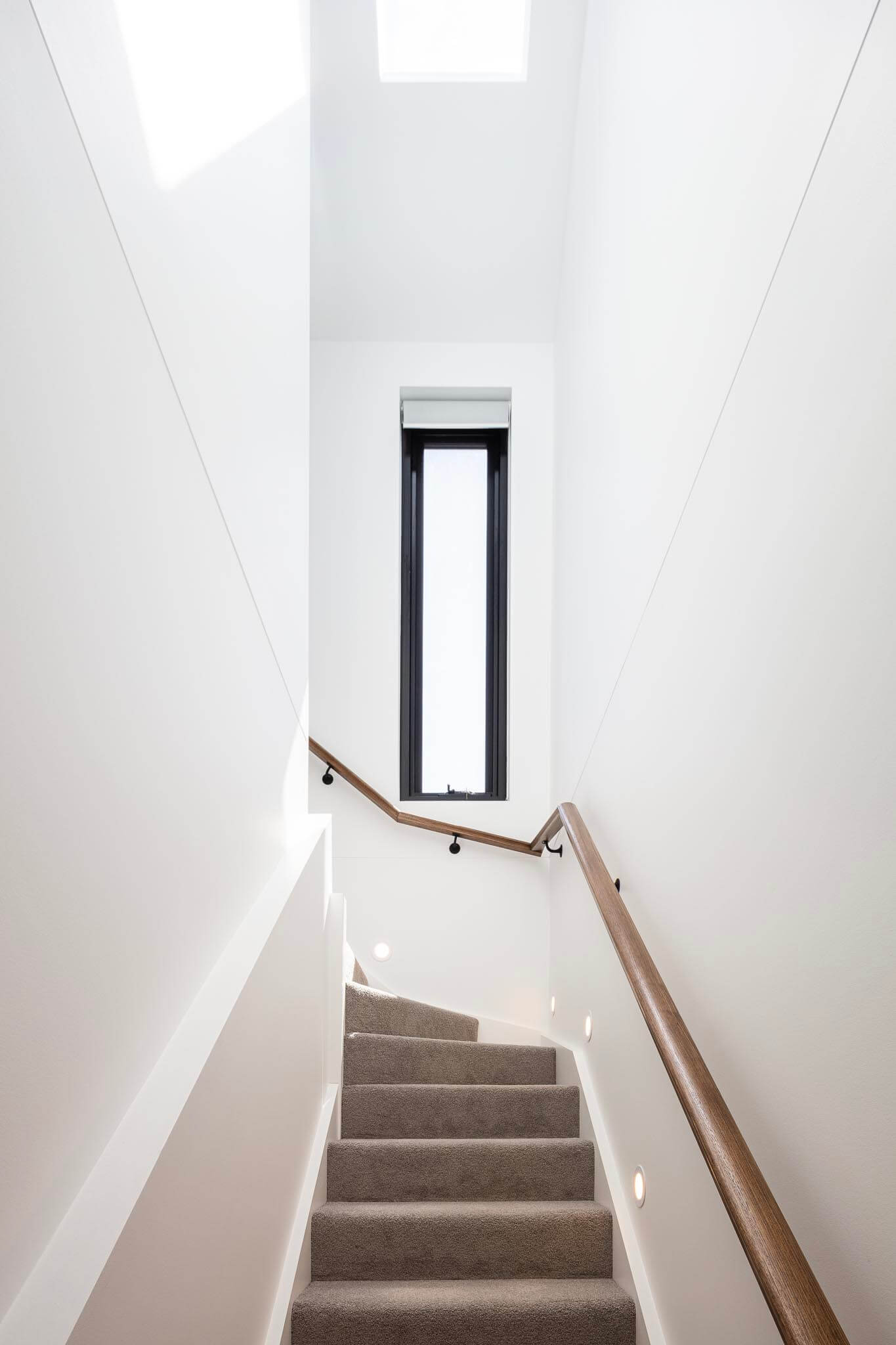 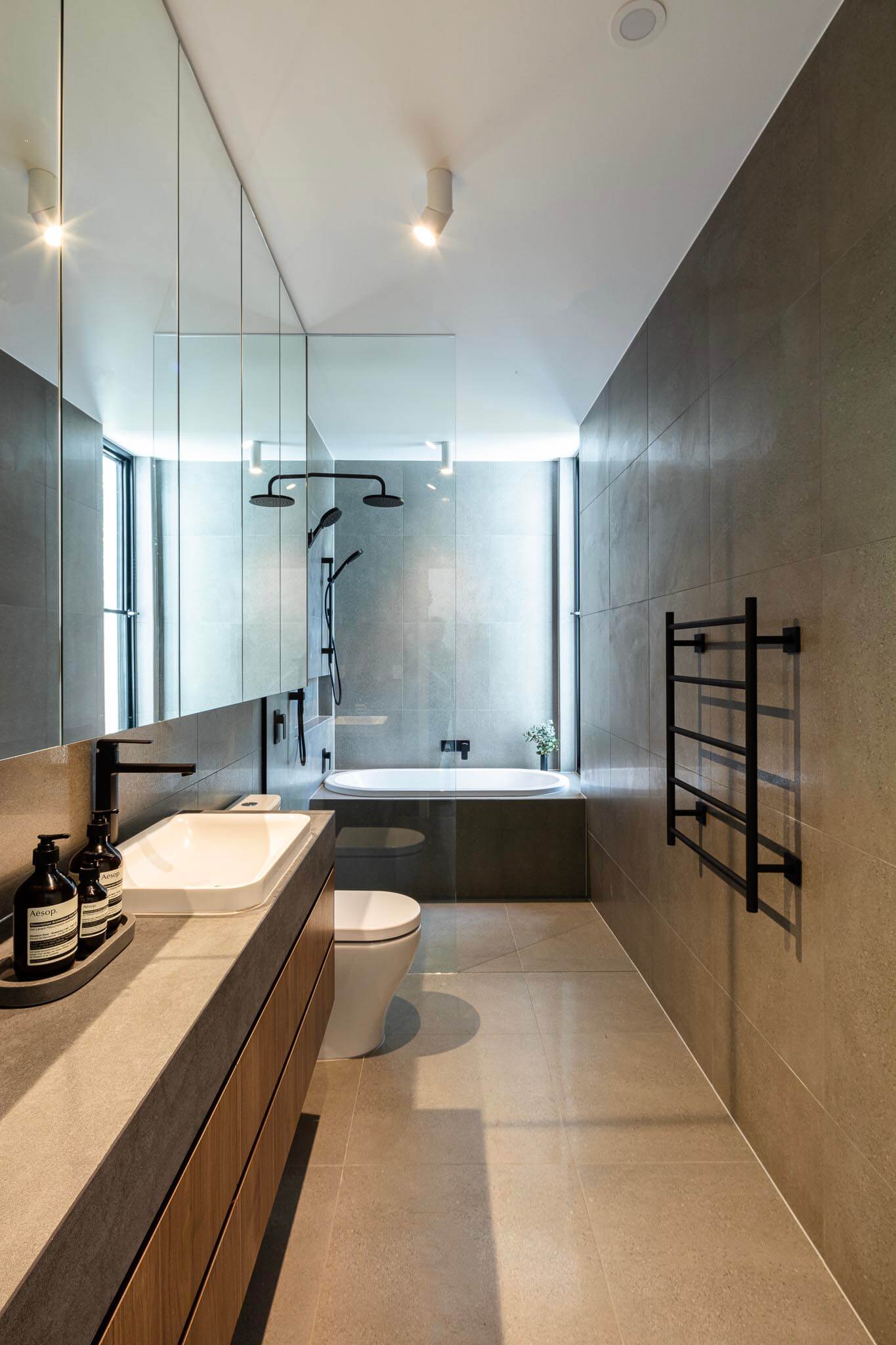 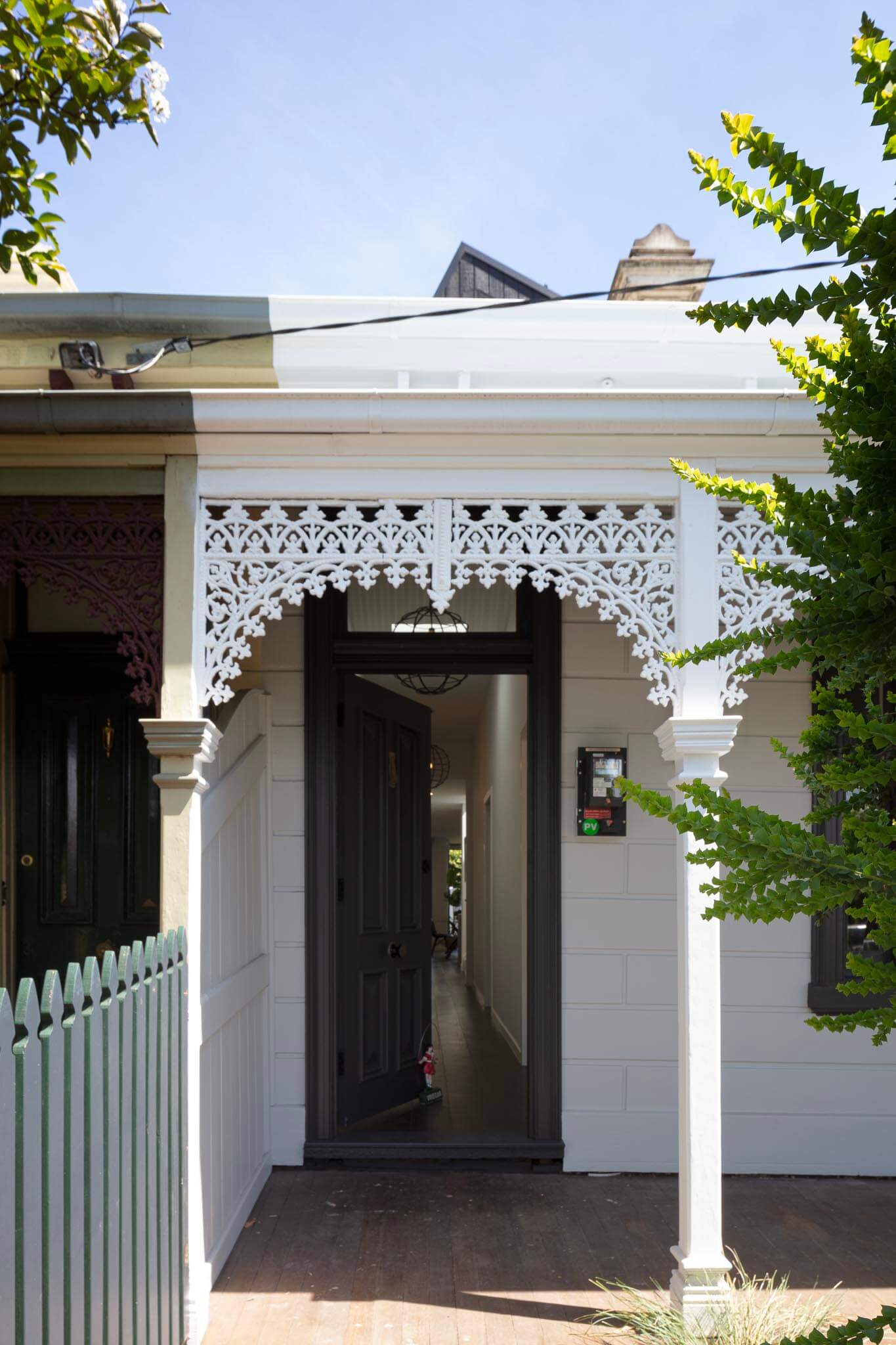 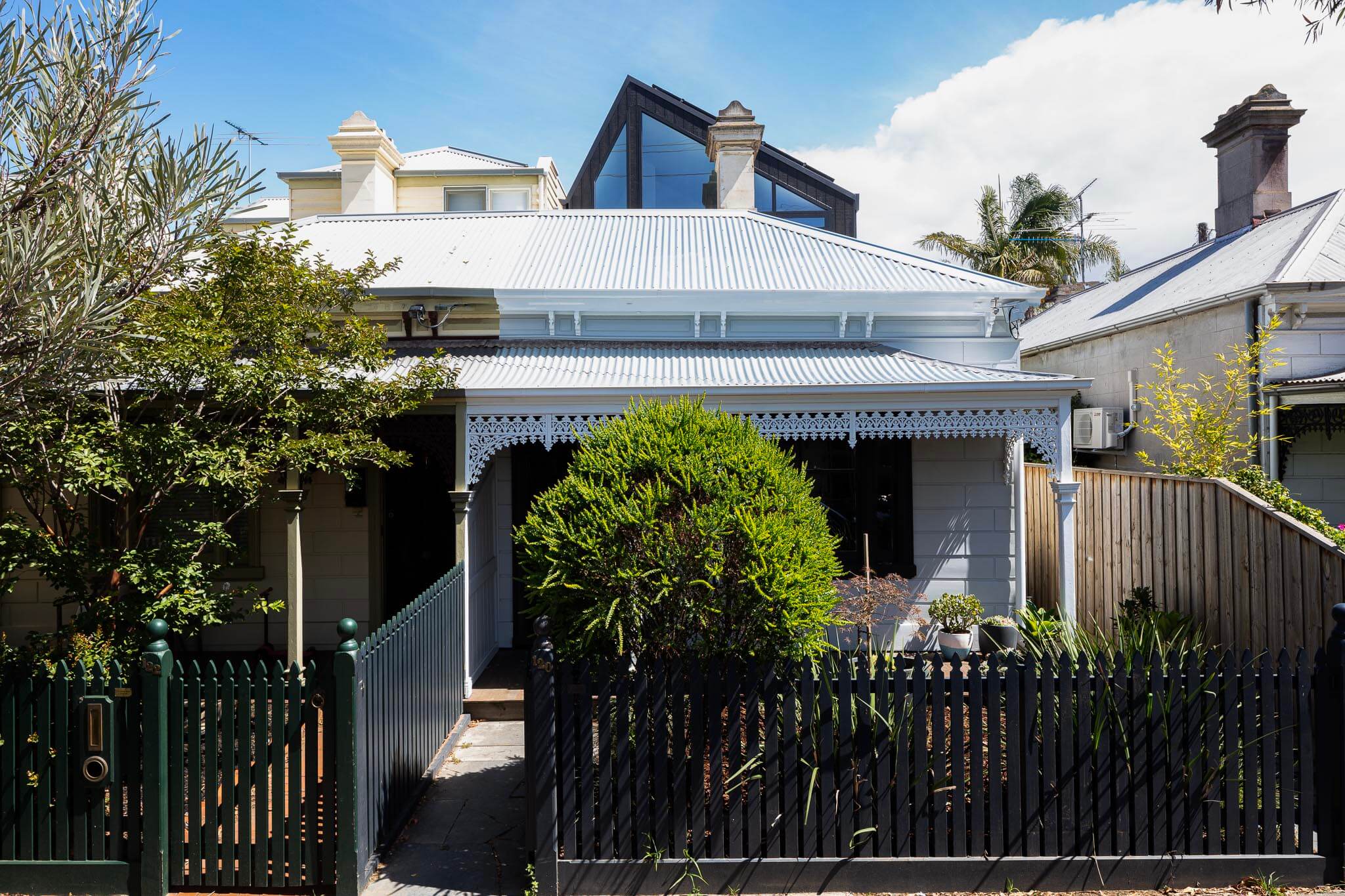 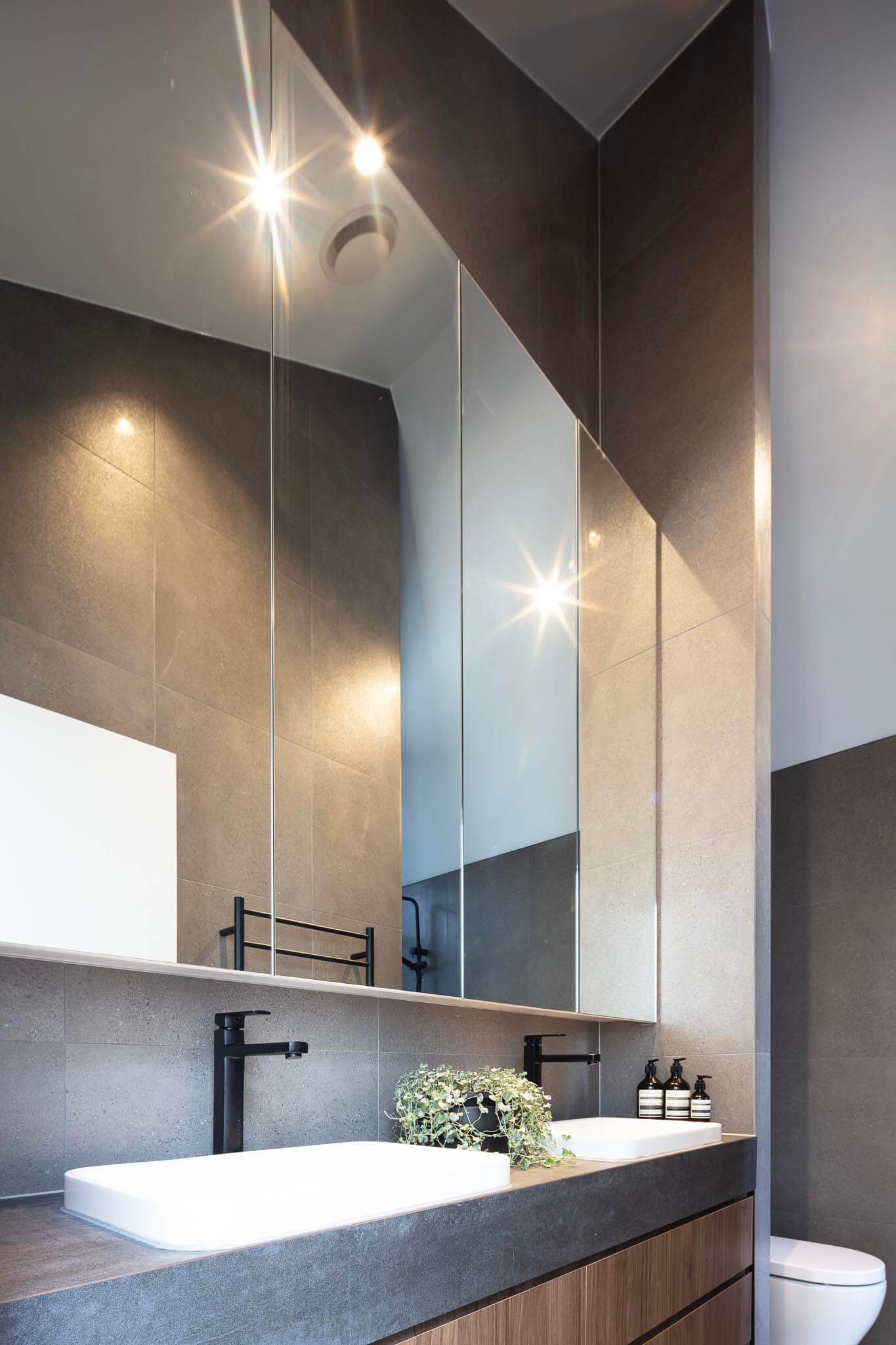 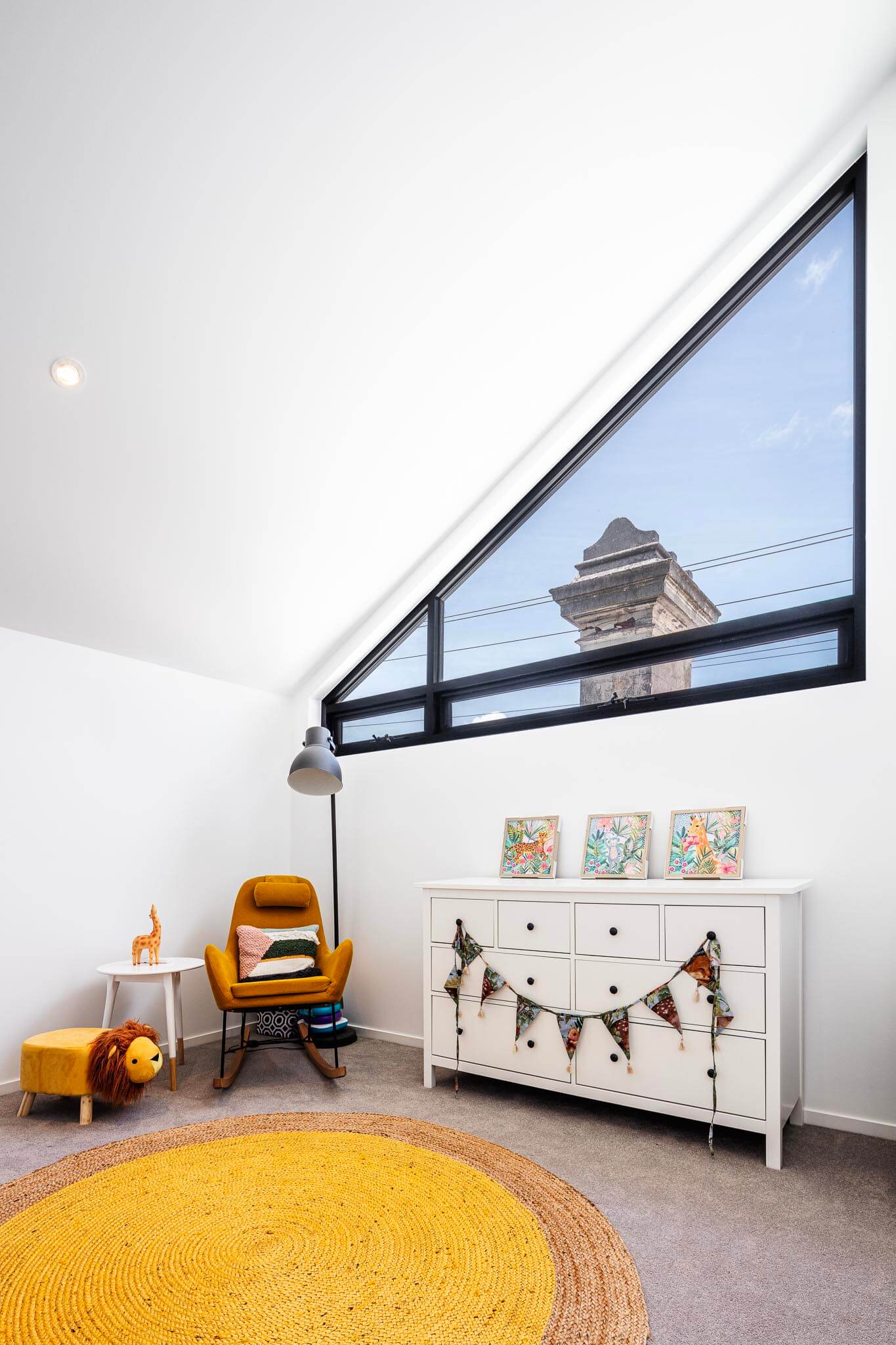 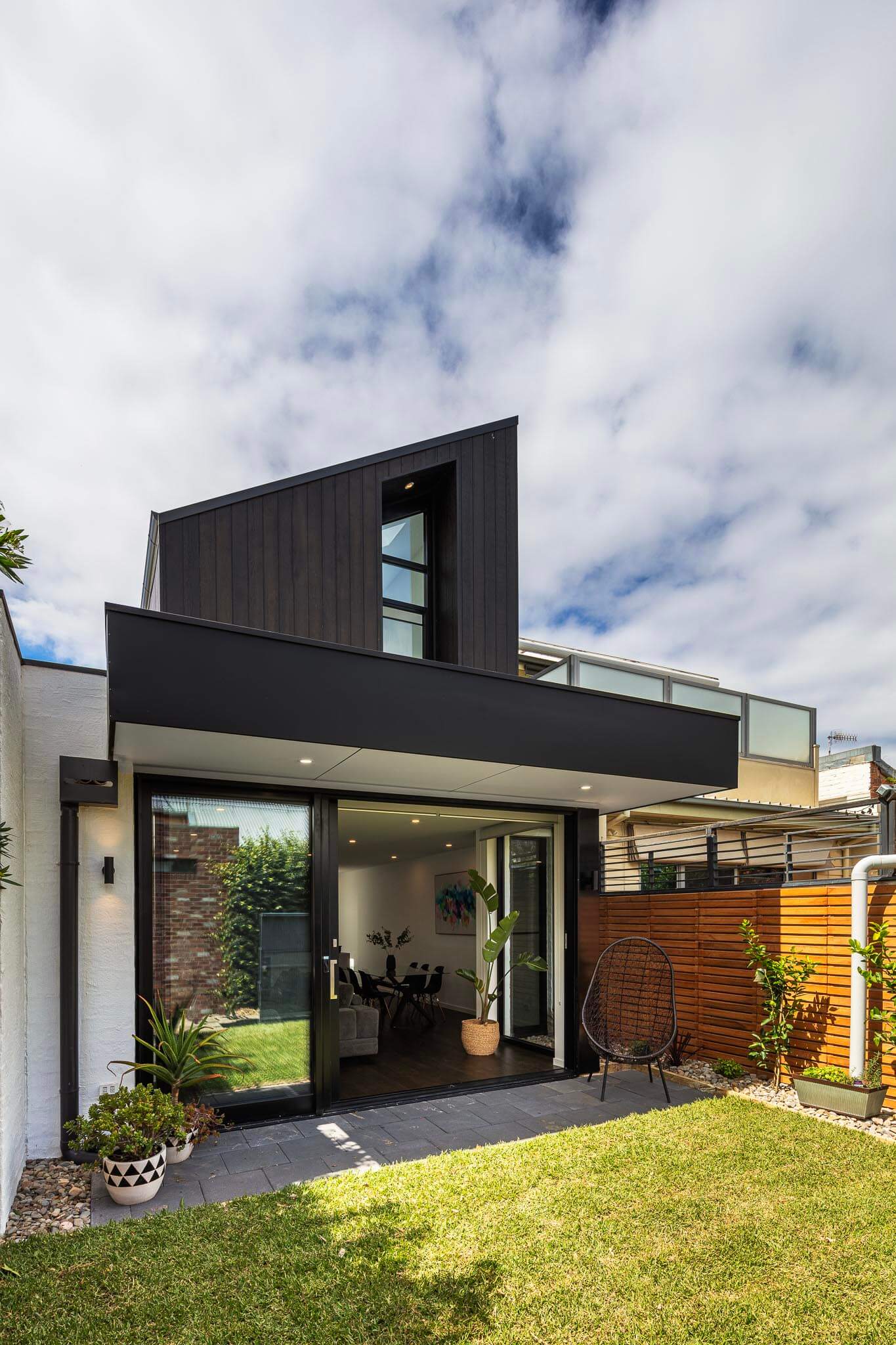 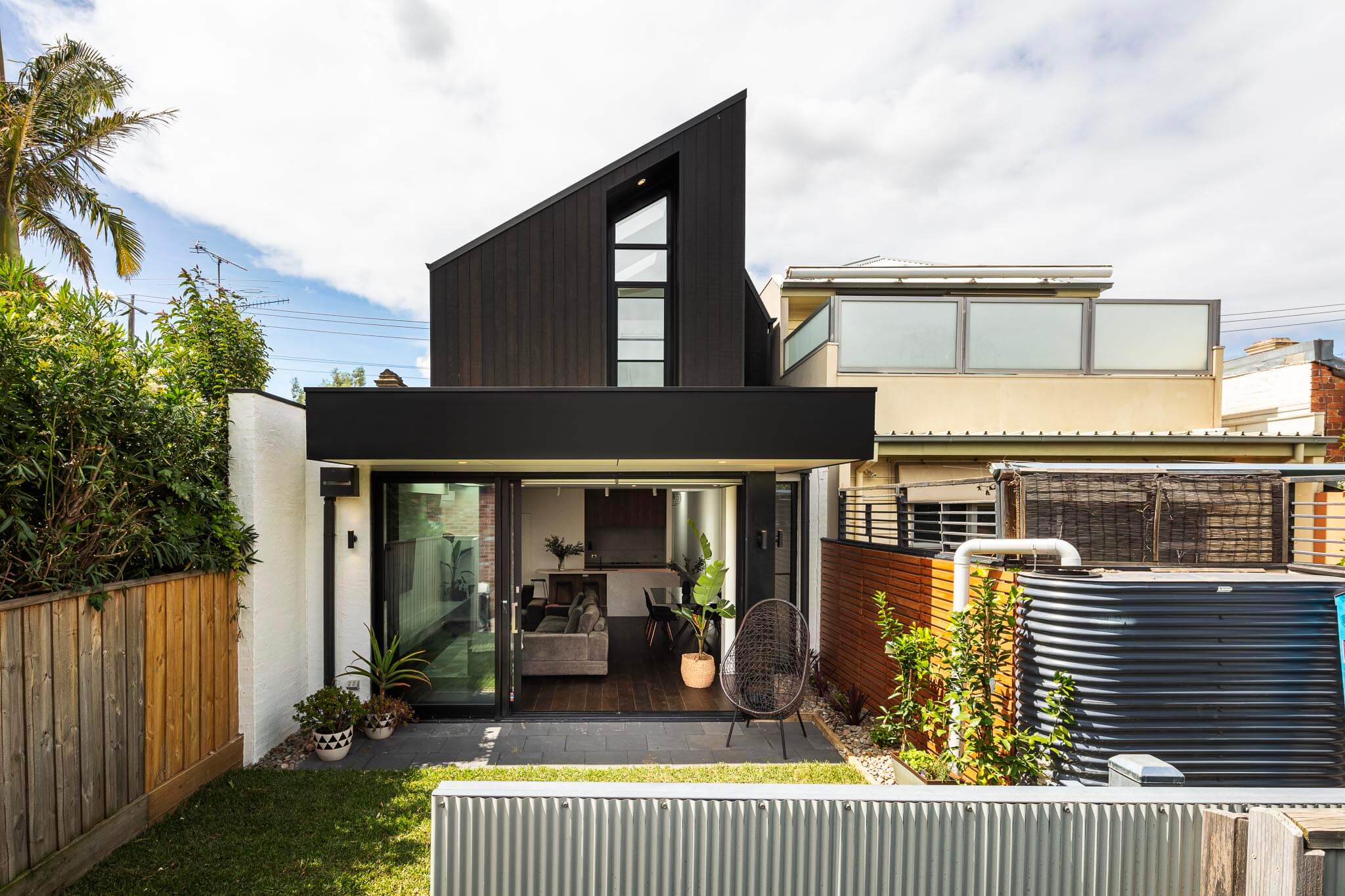 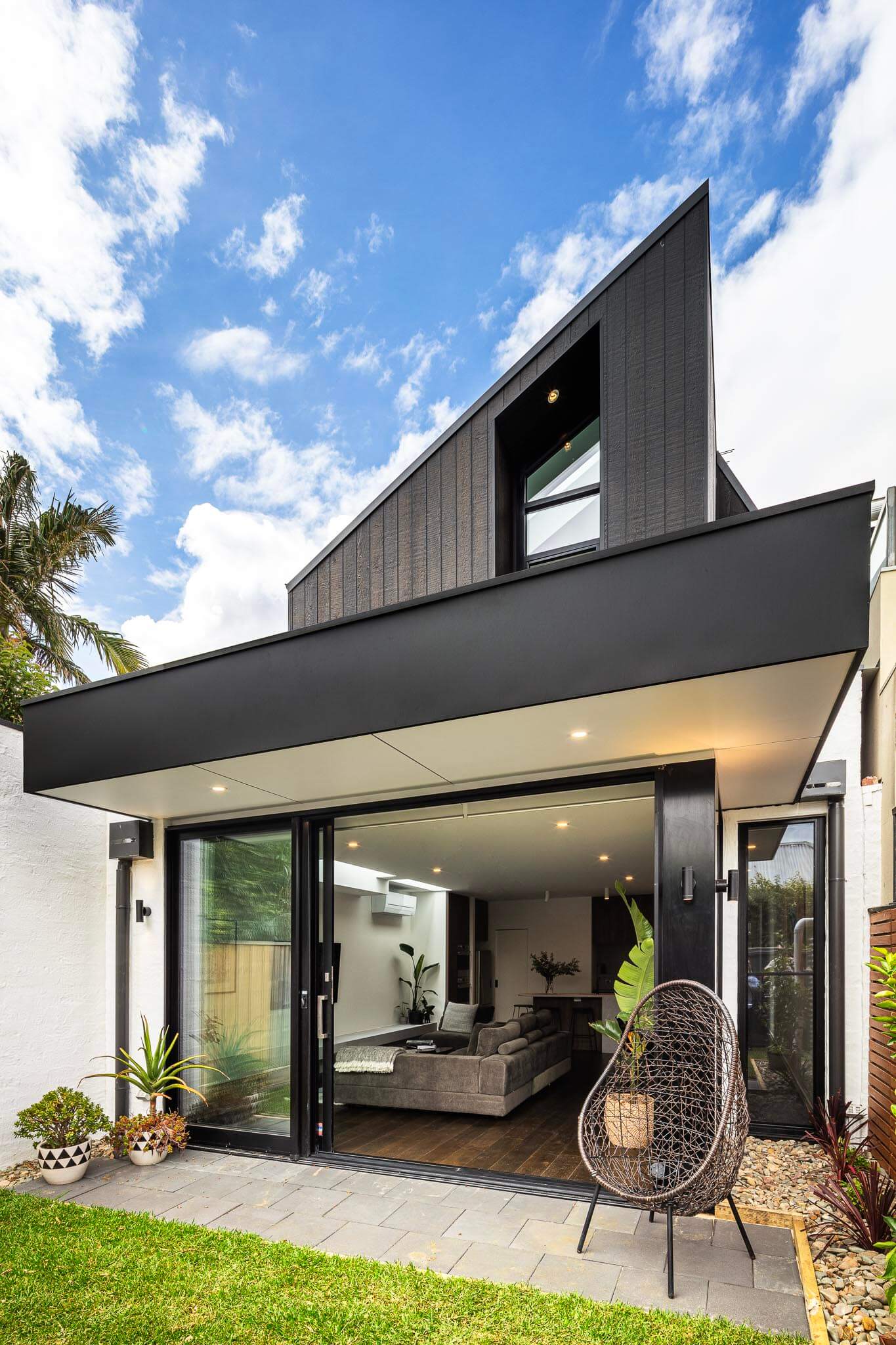 Extensive renovation to this heritage terrace home, with an emphasis on bringing the period facade back to life.

With the idea to turn the classic into modern simplicity, we took the client’s vision and created a home we believe perfectly marries the two. Their idea was to create a contemporary rear double addition to the existing attached terrace that showed a clear contrast between the existing and new elements, but in someway referenced and enhanced the period façade. The period façade was to remain, whilst also retaining the existing chimney and two front rooms. This was due to planning control.

From this point, we were to create a spacious living area that served a contemporary energy efficient four-bedroom home in the heart of Richmond. To modernise the existing classical style, we finished off the design in a bold and moody colour palette.

To accentuate the asymmetrical pitched roof from the front, we included a large glass window on the first floor that also frames the existing chimney, both internally and externally. This was our way of bringing an existing heritage feature into a new modern extension. It really is a dominant feature on the first floor and gets you up close and personal to a feature that is other wise always seen at a distance. The main part of the pitch roof form also hints to the existing pitch roof to the front part of the house. Adjoining site controls such as neighbouring windows and overshadowing meant we had to lower the pitching point to a door height level. The asymmetrical form/roof line paired with a conventional roof pitched at a lower level, allowed us to achieve some dramatic ceiling heights inside on the first floor, making it feel more spacious to that of a typical flat ceiling.The dramatic pitches have also given us that much needed height internally, ranging from 2.1m – 4m.

With such a dramatic form to the exterior, we wanted to soften it with the use of a timber style cladding. We opted for Weathertex, due to its low maintenance, durability and sustainable carbon neutral properties.The dark stain to the first floor helps accentuate the contrast of the dominant form to the heritage ground floor.

The aim of the design was to ensure that the house could receive an abundance of natural light. We also wanted to mimic the use of the exterior materials and colours, in order to give it an earthy/moody tone. This is seen through the use of brown timbers, concrete bench-top and tiles, and black metal fixtures and window frames.

When creating the design we had to bear in mind the confinements and that the front of the space was east facing, whilst the rear was west facing. We were able to capitalise on the north light by introducing, where possible, skylights and windows to common areas like the staircase. The staircase also acts as a chimney, allowing hot air to rise and be flushed out via the top level windows.

Photovoltaic solar panels also enable the house to maximise off grid electricity, whilst also allowing for solar hot water. It also uses the existing water tank to provide recycled rainwater that can be used to water gardens and flush toilets.

Minimal fuss, limited colour and clean lines allow the materials to shine in this stunning space by Nicola Ross Design.

A play on contrast with wood pops for warmth in an otherwise monochromatic space.

A beautiful melody of natural materials, contrasting with the backdrop of black cabinetry gives this space a grand, theatrical feel.
All Galleries

Perfectly designed for discreet mounting inside cabinetry. The popular UM1170-9S fits perfectly into 300mm deep cabinetry and is ideal for kitchens where space is limited, or where the range hood needs to be out of sight.

Find a Schweigen Home Appliance stockist near you.